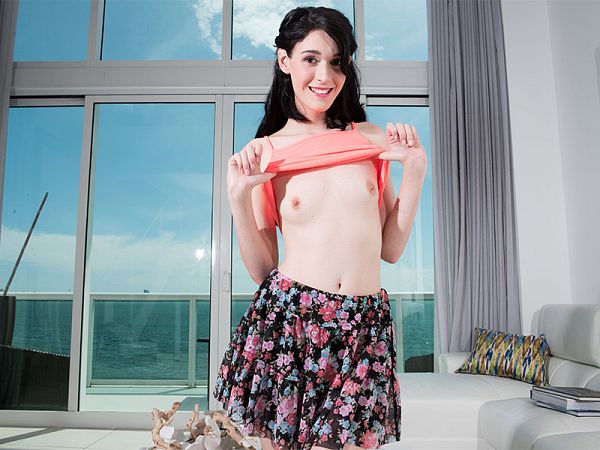 If you like skinny, pale flatties, Ivy Aura is your girl. She’s from Portland, Oregon and likes to take pictures of her cat for fun. She also likes photos taken of the kitty between her legs.

She likes older guys ’cause they’re more mature. The oldest guy she’s dated was 35. Ivy wants a guy who will initiate sex and dominate her. Even though she’s only 20, she’s pretty kinky and knows what she likes.

After her interview, she shows us how she’d seduce a guy. She playfully removes her clothes, then sucks her toes while rubbing her pussy. Yeah, that’ll definitely do it.